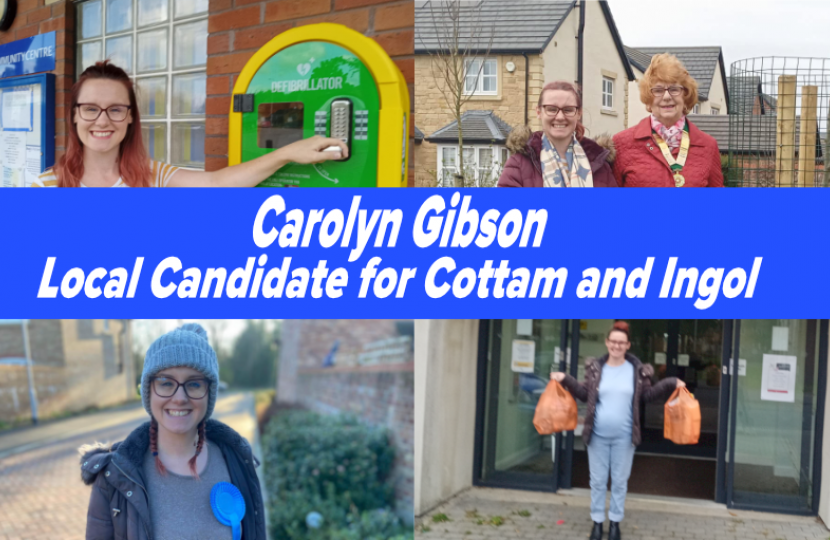 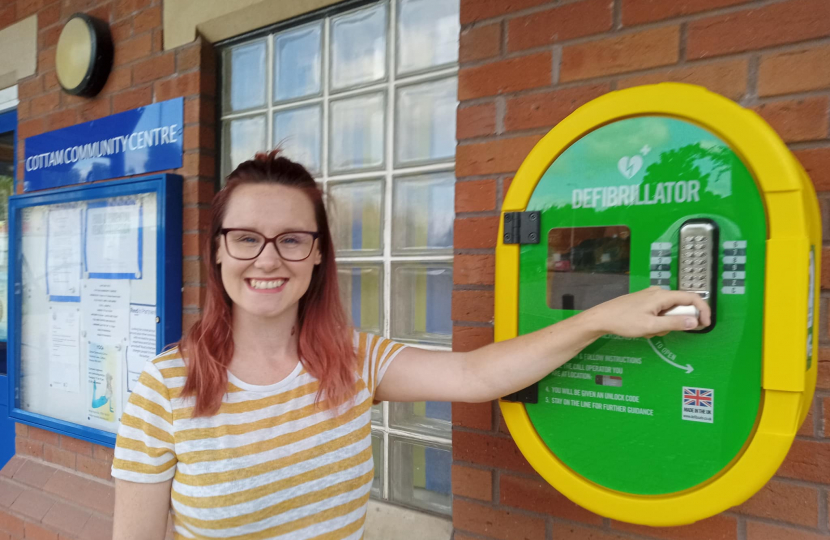 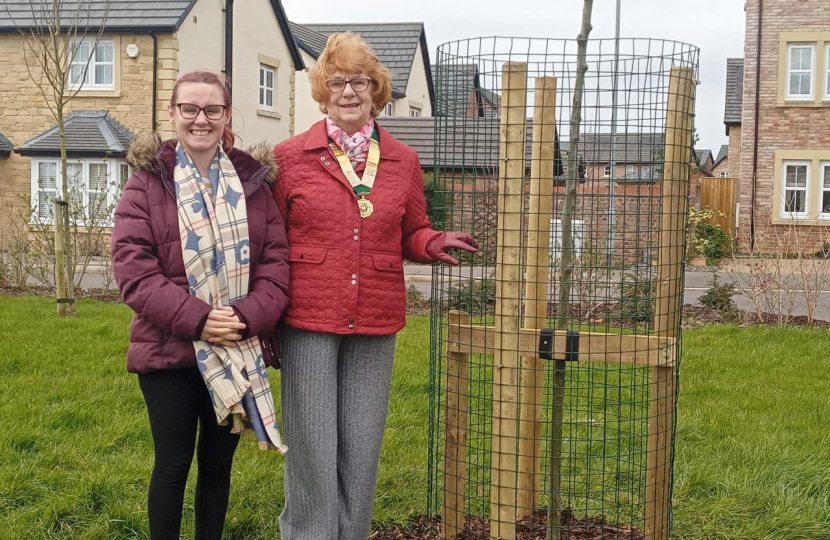 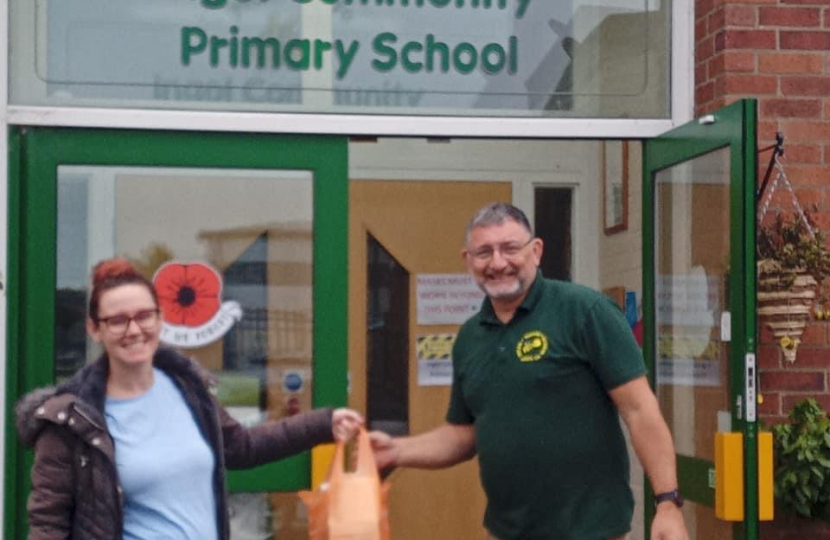 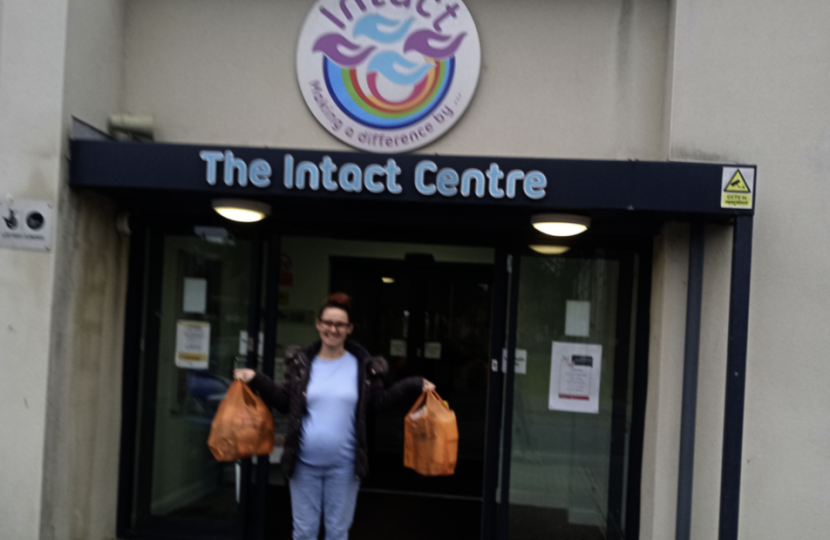 The Local Elections are on Thursday 5th May 2022. You will be voting for one of three Preston City Councillors for Ingol and Cottam. Save the date and use your vote to elect Carolyn!

Local Resident Carolyn Gibson is running as the Conservative candidate for the Cottam and Ingol Ward at Preston City Council on May 5th.

Carolyn has long-standing roots in the community. She grew up in Cottam and spent her childhood exploring the surrounding areas. Three generations of her family have lived around here and now she is bringing up a family of her own in the area. She is the only candidate who lives in the ward and is invested in its' future.

Local organisations already have strong connections with Carolyn- she is Secretary of the Cottam Community Centre, a Parish Councillor for Lea and Cottam and a member of a local school PTFA. Former Preston Mayor Trevor Hart, already representing Cottam and Ingol at Preston City Council, is a dear friend of Carolyn and has voiced his support for her campaign. They would bring their established working relationship to the role, highlighting local issues and holding the Council leadership to account for the problems raised by residents.

Carolyn has already been representing local views. Over the past few months, the local resident has:

Carolyn is always available via Facebook, and is regularly about in the community so please do not be afraid to get in touch if you have any issues or concerns.

Why is she running?

Having been in the community her whole life, Carolyn knows the positive changes that are needed for this ward. She is not interested in national politics, and sees the Councillor role as a platform to raise the ideas of Cottam and Ingol residents so we can improve the place we live in. She is lucky enough to have the time, drive and passion to make a difference, and has promised to give it her 'damnedest'. Carolyn asks for your vote on May 5th!

These priorities will be what Carolyn focusses on if you choose her to be your candidate.

The Commonwealth, G7 and NATO Summits