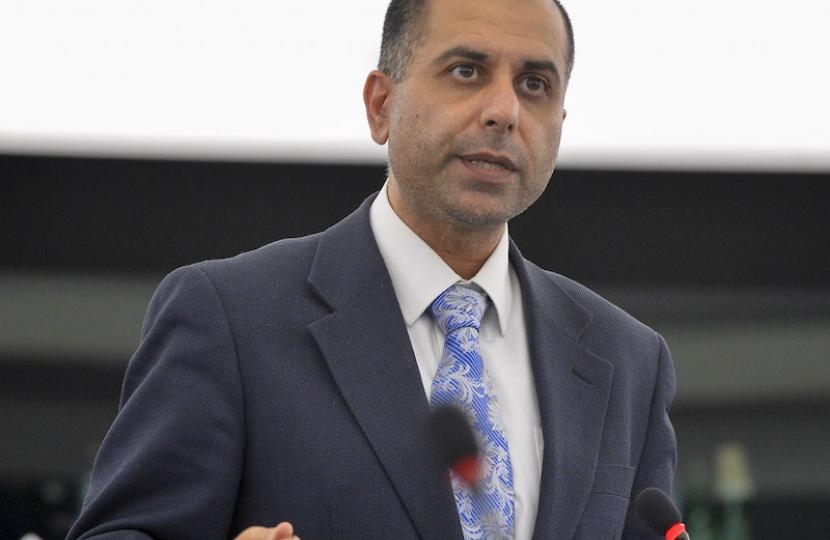 I wish to start by thanking you for the support you have provided me over many years in my role as your MEP.

It is now confirmed that the UK will be taking part in the European Elections to be held on 23rd May and the North West will once again elect 8 MEPs to represent the region. We need to come together, stay the course, and deliver Brexit in the national interest so we can get a deal done as soon as possible and focus on our future. A vote for the Conservatives is a vote for delivering a deal as soon as possible to do just that.

Whilst I fully understand this is not a position many wished to be in, the elections are a procedural necessity whilst we remain members of the EU.

We all know that there are numerous and complex views on Brexit and the sort of deal we should agree before we leave. In my view we must have the very best deal we can, particularly safeguarding the thousands of small businesses that are the backbone of the North West economy.

Whilst I completely understand the frustrations over this issue I believe any temptation to boycott these EU elections or vote for a fringe party will only nudge Jeremy Corbyn closer to Downing Street.

A withdrawal of support in the European elections will simply replace constructively engaged, experienced, results orientated Conservatives with our opposition in Europe.

I have served as a Member of the European Parliament since 2004 and our Legal Affairs Spokesperson since 2009. I have a hard-won reputation for standing up for the North West, regularly travelling the length and breadth on my constituency, from Crewe to Carlisle. I have also attended and spoken at hundreds of events across the North West.

This region, where I was born, raised and continue to live, means everything to me. As lead Conservative candidate I ask you to continue your support by voting Conservative on 23rd May.

The Four Steps of the Lockdown Roadmap Explained

The Prime Minister set out today the four-step roadmap that will guide us out of lockdown. Here’s what that roadmap means for you.